After spending the past two weeks in Jilin helping out on the farms of friends I first met back in 2010 – Wei and the Lu Family – I sat down this morning to binge out on the news I had missed in prep not to be stuck on repeat asking, ‘Wait, what happened?’ when I fly back to the US later this week.

No sooner had I finished double-clicking headlines, lining up tab-by-tab all the articles I intended to peruse (fist-bump to fellow news-gorgers that know the trauma of queuing up 30 tabs only for your browser to unexpectedly quit) than I found I had juxtaposed side-by-side two articles that would be funny if the contradictions they reflect weren’t so infuriating: on the left tab was the Guardian’s article titled, “Here’s how much corporations paid US senators to fast-track the TPP” and, on the right, “IMF admits: we failed to realise the damage austerity would do to Greece“.

Simultaneous images flashed through my mind of multinational corporate execs, Wolf-of-Wall-Street-style celebrating a virgin frontier for untold super-profits should Congress liberate the reins on their free-trade trojan horse in the latest crusade to commodify, extract, and exploit every last nook and cranny of the globe; meanwhile, millions of ordinary dispossessed Greeks are ensnared in just the sort of IMF-brokered austerity trap, or ‘structural adjustment program’ the TPP’s shadow will surely cast upon whichever country happens to be trailing in last place once the next crisis strikes in global capitalism’s swift race to the bottom.

I felt like taking a kamikaze sword to my dorm room. But, with just five days left and a security deposit in the balance, I decided that writing Wei and the Lu family’s stories would be a more constructive outlet to vent my vexation. The choices they have made in their lives – to leave the city and start farms in the countryside – show that it’s still possible to transcend a world of governments and corporations whose sole definition of growth is built on social and environmental decay. And, far from isolated, their decisions echo the growing chorus of peasants, activists, and rural scholars, many loosely associated under China’s ‘New Rural Reconstruction Movement’ (and more broadly, the ‘Global Justice Movement’), who together are paving a road towards a future where individuality can coexist with mutuality and long-term sustainability, rather than just short-term profits for the privileged minority.

I’ll start from the beginning.

Jilin province, situated just north of North Korea’s border, and has undergone the same sort of double-exploited transformation that has befallen many of China’s interior and hinterland provinces: to sway industries away from the more developed urban coastal cities, their selling points became not only an ununionized labor force, but an even more vacuous vacuum of occupational health and environmental regulations so as not to hinder production practices. Subcontractors for Chinese and international industries, ever-eager to satisfy the global corporate demand for cheap labor and the global consumer demand for cheap products, have at once transformed these regions into the engine of growth for China’s rural economy and the dumping ground for some of the world’s dirtiest, most dangerous conditions that damage the health of workers and deliver large volumes of pollutants into the land, water, and air of rural villages.

To twist the knife even deeper, after China joined the World Trade Organization in 2001, WTO rules required industries to open up to competition by shedding their ‘surplus’ workforce in the wake of economic ‘liberalization’. It should come as no surprise, then, that the northeast region, having served as factory floor for some of the most toxic components of global production practices, then oversaw a disproportionate number of layoffs when industries had to downsize their workforce; that is, if they first escaped bankruptcy.

This is where the story of Wei and the Lu’s begins.

Wei and the Lu family (a mother, father, and son) became friends when they all worked together at a State-owned wood enterprise (SOE). Wei worked in the forest survey department deciding which trees were to be cut; meanwhile, the Lu’s worked in the wood factory, producing sundry products from floorboards to chopsticks.

After the factory went bankrupt in 2005, the Lu’s (who have urban citizenship) moved from the city out to the countryside, taking over the use-rights to a farm that had belonged to a relative in a village otherwise populated by Korean ethnic minorities, and just a stone’s throw from the border of North Korea.

When I first visited the Lu’s back in 2010, they were raising cows, goats, ducks, and chickens while growing corn, soybeans, and lettuce. 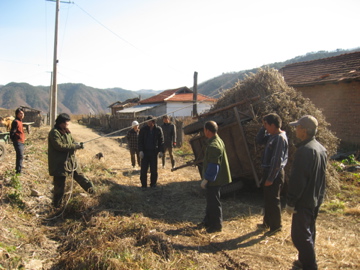 (At the time of my visit everyone in the village was busy gathering corn stalks to feed their animals for the winter. One afternoon, a neighbor piled the trailer so high it tipped, and other neighbors came to help or observe the debacle.) 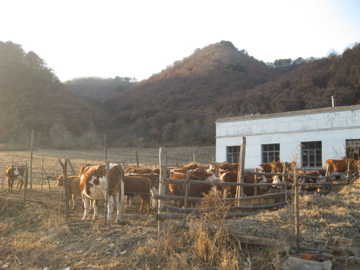 Today, the cows are gone and the cornfield has been replaced by a small, successful ‘black ear’ fungus farm that they started last winter. They employ eight local villagers to help pick the fungus that is grown from small, tightly packed bags meant to simulate the trees that the fungus grows on in the wild. Their produce they sell in nearby towns and cities, as well as export some to South Korea. Far from the city, Ms. Lu said they’re now enjoying a “more simple life”. 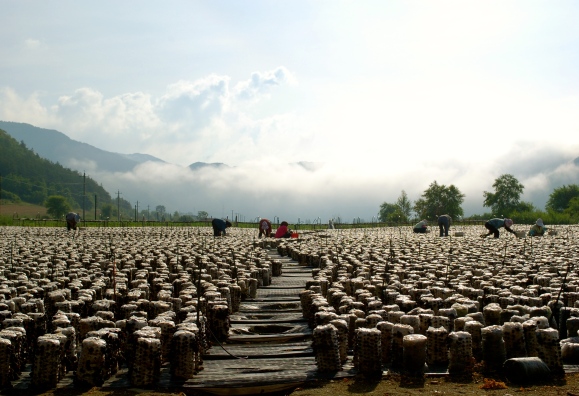 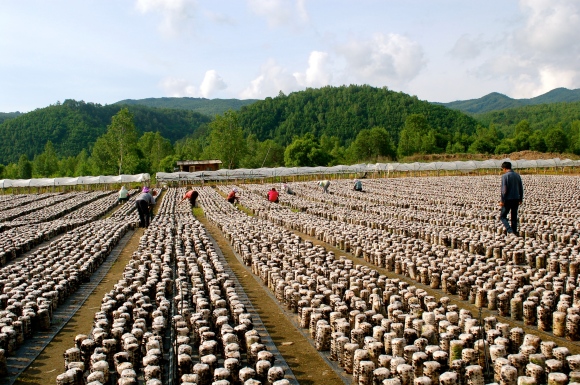 At the same time, a little more than a year ago Wei acquired the use-rights to some land at the edge of a town near the base of the Changbaishan mountains. Anticipating the local government’s plans to rapidly develop and promote the tourism industry around the mountains, he is now knee-deep in establishing an organic tree-nut and vegetable cooperative farm, with solar-heated guest houses for tourists to stay while picking their own tree-nuts or harvesting vegetables. 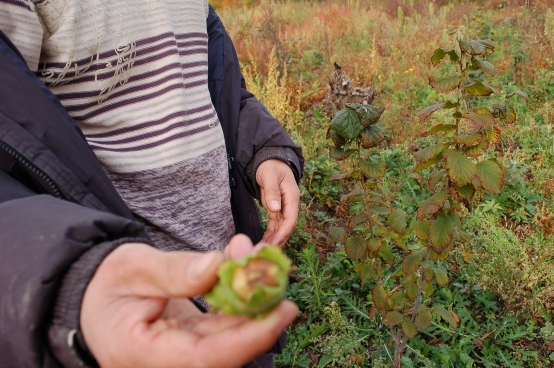 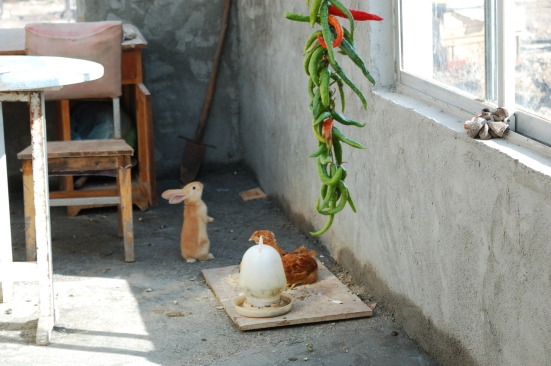 As China’s socially and ecologically destructive growth-based ‘development’ trajectory continues in a region that has born some of the world’s highest social and environmental costs of production practices so that outside the borders global elites and consumers can enjoy the benefits of cheap labor and goods, Wei and the Lu family are transcending these contradictions, and their deeper principles serve to remind us of the essential values of human life.

With concerns over social and environmental justice casting a shadow on the future, stories like these are becoming less isolated, and they offer a beacon of hope out of an otherwise dark tunnel that is global capitalism’s bleak race to the bottom. 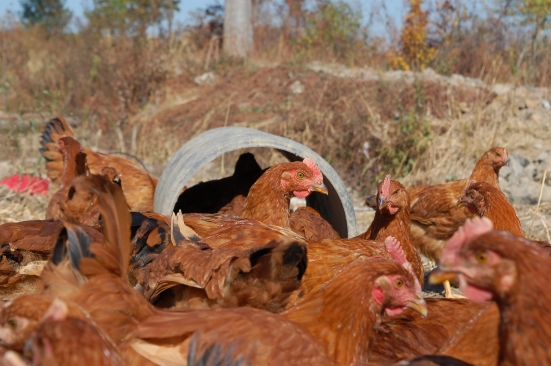 The key to understanding exists at the nexus where self-interest and practice meet power and policy; I explore this nexus through participatory field research.
View all posts by elenakayes →
This entry was posted in Urban-to-Rural Migration and tagged Back-to-the-Land Movement, climate change, cooperatives, environment, organic farming, rural China, rural land-use, wwoof china. Bookmark the permalink.

1 Response to The Third Road?